There are few traits in PM Modi’s leadership that i have observed.I leave it on your discretion to accept them or not.

1. He is a great planner.He always plans in details.He loves summarized details.Many bureaucrats and minsters spent sleepless nights to prepare five page PPTs for meeting with him.

After his grand victory in 2014 elections when he shifted to Gujarat Bhawan in New Delhi, reorganization of similar type of ministries was first thing he decided to do. On surface it seems to be a very simple decision but only an able administrator may understand the importance of organisation things and how it may help in long run. 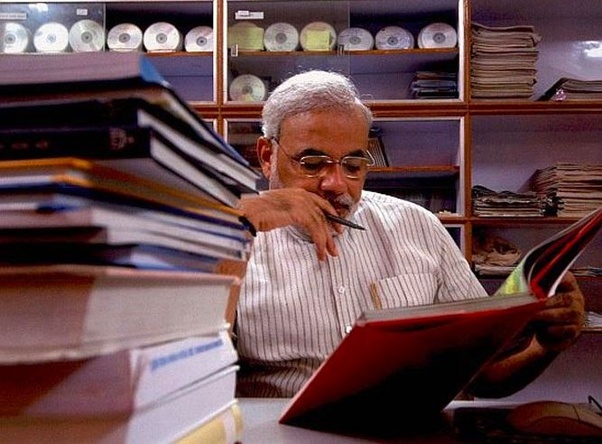 2. His plans are always classified in inter related sub plans. There is fixed time line of each plan and sub plans.

Demonetisation is the example of his planning. This may be debatable how successful was demonetisation (and judgement depends on our political inclinations) but one thing is sure he was successful to read/analyse ‘footsteps’ left after demonetisation. He already scripted in advance what to do with these ‘footprints’. Need not to mention how many shell companies discovered and number of tax payers increased.

People waited patiently in queue and there were no wide spread riots despite instigation from Media and opposition.

3. He secured victory first and then goes to battle ground.

Except defeat in Delhi and Bihar his electoral victories are proofs of his meticulous planning to secure the victory. He leads from front. Victory in Assam and Tripura is a case study how to win most difficult battles with meticulous planning.

5. If he is not reacting personal attack, it doesn’t mean he is not aware. It simply means it has been noted down. Will be replied at right time when least expected.When he will reply there will be no thunder,no noise and no drama. 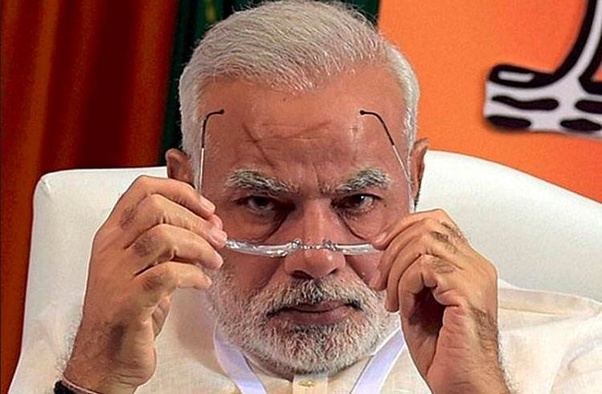 6. He is a great resource manager.He knows how to use strengths and weaknesses of friends and foes. He never replies to Arvind Kejriwal and always extra kind towards Rahul Gandhi.

When attacks on Smiriti Irani increased he swiftly shifted her to Textile minsitry from HRD ministry. How he retain Suresh Prabhu and always ignored Satrughan Sinha type people speak volume. 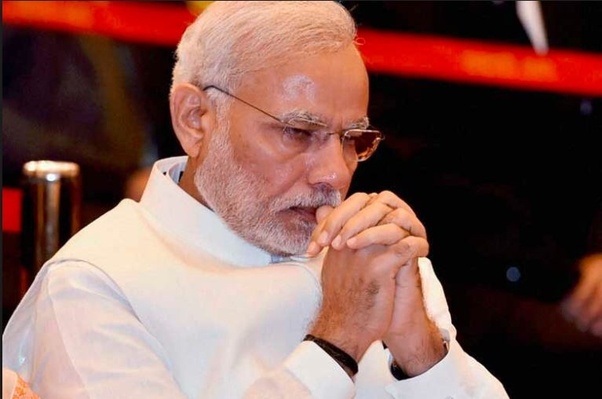 7. He is a problem solver.He doesn’t believe in cutting branches. He believes to attack on roots. Though it may take time but he has a lot of patience.

8. He knows very well how to convey his achievements to public and he can establish a connection with public easily (Is jagah ka karz hai mujh par). He is a great orator.

His speeches are not one way. They are two way. He knows how to keep his audience engage and enchanted.Even if there is blunder he knows how to cover that in his speech.

I think there should be no doubt about it.

10. It is not easy to read him.He is unpredictable. It is very difficult to face an opponent that can not be read easily.

11. He knows his strength and weaknesses.

He didn’t ask vote on RamMandir Issue. His slogan was SabkaSath Sabka Vikash. He knew Ram Mandir can be used to mobilise hopeless and unemployed people. So he choose Sabka Sath Sabka Vikash.

12. He knows when not to fight and how to save energy for ‘perfect’ time.

He wanted to pass Land Acquisition bill.He threw his weight behind that bill.But he could not . He didn’t pursue it further. He learnt his lesson and GST bill was one of the result of that learning.

13. He learns from mistakes.

14. He leaves ‘subtle’ hints. This is a good sign. As this subtlety arouse interest.

16. He can read talent and use them to his advantage. Amit Shah,Ram Madhav, Piyush Goyal, Suresh Prabhu, Nirmala SithaRaman, Hardeep Puri, and Himanta Biswa Sarma is the example of that. He will give space to talented people.

17. He is focused, calm and composed.He doesn’t loose his cool.This is one of the main trait of a great leader.A great leader doesn’t let anyone what is going on inside him in case of crisis.

There was bomb blast in his rally in Patna. He doesn’t loose his calm. He appealed to audience not to be panic and people followed him. Stampede averted.

Similar thing happened in his rally in West Bengal.

Why is that most of the Hindu festivals destroy our planet by causing pollution of different kinds?